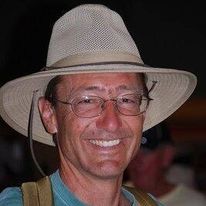 Uncle Tilo grew up in the Midwest and remembers harvesting rainwater on his family’s dairy farm up thru the mid 1970’s.  He is a graduate of the South Dakota School of Mines, with a degree in Geological Engineering, and enjoyed a career in Arizona that combined both consulting and contractor skills.  Some of his first projects while working for a civil engineering firm in Phoenix involved groundwater studies and the subsequent cleanup of fuel spills at gasoline stations.  This eventually led to his being licensed as a well driller in Arizona for a period of 10 years.  His focus on groundwater issues also moved him to later specialize in storm water management where he worked with state environmental agencies during most of the 1990’s to set standards for the protection of groundwater across the desert Southwest.

In 2009 he left the engineering work behind and moved to the Big Island of Hawaii.  The calling was to return to “community”, and most of the next 5 years was dedicated to assisting in the maintenance department at a retreat center in the Puna District.  Uncle Tilo lives with his partner -Archer - in lower Puna, it seems fitting that his engineering skills should again be called upon to work with water quality issues.  There is a large demand for using rain catchment systems as a potable water source, both in Hawaii and around the world.  So, 2017 brought Uncle Tilo’s Water Catchment business into existence to fill the need for clean water education, maintenance and water disinfection.

Both Todd, aka Uncle Tilo, and Archer are certified, trained educators and facilitators for Project WET, and are qualified to talk in class rooms and communities centers teaching the value of water. 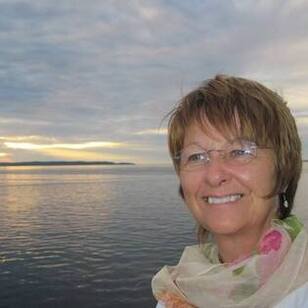 Archer, a woman who walked away from life as she knew it at 46, to explore the world. To live in new countries, new cultures, new tribes; experience new ways of living. Archer traveled solo around the world weaving through twenty two countries as a couch surfer, home sitter and volunteer. Traveling by bus, hitch-hiking, trains, planes and automobiles. She also lived, shared and contributed in more than a dozen intentional living communities with some on rainwater. It was very apparent the difference between the health of the folks that cared for their water and those that did not.  Upon returning back to the United States she purchased an RV and set out to visit all 50 states (Alaska twice!) and most National Parks.

She noticed every time she had to put water in her RV the water tasted, smelled and lathered up differently.  She knew not all water was the same. Then news of Flint, Michigan water came to light.   She continued to question the whole water situation, home and abroad.  She got involved with several groups to talk about water.  In 2016 got involved ARCSA.  She and her partner Todd Lolla opened a storefront in 2017 now called Uncle Tilo's Clean Water LLC in the Pahoa Marketplace.   Together they began the water conversation here in Puna by offering free education for Rainwater Harvesters, that has continued on to include those on wells and even municipal water sources.

Both Archer and Todd, aka Uncle Tilo, are certified, trained educators and facilitators for Project WET, and are qualified to talk in class rooms and communities centers teaching the value of water.

Archer received a wealth of knowledge globally in personal and community sustainability. She found a common thread that linked every living thing together: Water.  Choosing to make her home in the Puna District on the Big Island, she had found her niche to contribute in her community.  After thirteen years living in Puna, she is every bit as passionate about Clean Water as ever! 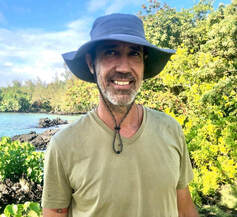 Walter Beasley trained under Uncle Tilo and received his certification from ARCSA - American Rainwater Catchment Systems Association. Before becoming a Clean Water Partner working with Uncle Tilo’s Clean Water LLC to assist the community with clean water, Walter Beasley attended Hobart & William Smith Colleges where he earned a B.A. in philosophy.
Walter worked in construction for years, built his own home in Maine, and renovated another home, both of which he sold to pursue his dream of moving to Hawaii.  In his free time he collects seeds and plants fruit trees and medicinal plants to build an edible food forest on his farm in the heart of the last old growth forest on the Big Island.
According to Walter, living off-grid with his partner and 6-month daughter, has its challenges and rewards. Learning to live with solar power and sharing knowledge and tools as to how to catch, store and clean rainwater for household use and consumption are interesting examples of the challenges. The rewards include enjoying the cleanest air in the world, fresh nutritious food, as well as safe and delicious water from rainwater harvesting for drinking and bathing. On his days off, he can usually be found practicing permaculture in his small tree nursery, swimming or playing frisbee. If you want someone who knows best practices to clean your catchment tank call Water the Waterman - 808.494.9407. 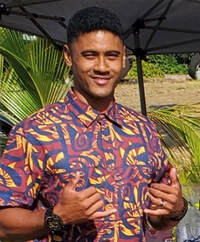 ​F’tahn Bey is field trained by Uncle Tilo and received his certification from ARCSA - American Rainwater Catchment System Association. Before becoming a Clean Water Partner, F’tahn Bey attended the University Of Hawai'i at Manoa where he achieved his B.A in Psychology. F’tahn worked as a teacher and assistant counselor for years in both Hawai'i as well as California, delivering change in the classroom: https://greatschoolvoices.org/2018/03/oaklands-geniuses-teacher-reflects-boundless-potential-students/

Raised on Oahu, he understands the need to align with the community in a healthy way and the profound importance of sharing resources and knowledge with one another. According to F’tahn, his focus is to be of service to the community by maximizing and merging not only his own experiences but his willingness to learn. He believes in being a lifelong learner. F'tahn has decided to transfer and implement the drive he held in the classroom into the challenges of catching, storing and maintaining clean rainwater for household use and consumption. F’tahn is a dedicated husband, father of 3 and new home owner in Puna. When he’s not assisting the community with Clean Water, you can find him at Kaimu Farmer’s Market and Pahoa Skate Park Market providing the community with Clean Foods.
If you desire monthly maintenance and/or Rainwater Harvesting upgrades call F'tahn at 808.765.7234

Water tankers that look clean and shiny on the outside could be harboring rust, decay, pathogens, or contaminants on the inside. To legally be a commercial water hauler, a truck owner must have a Public Utilities Certificate (PUC). A PUC still does not guarantee that the water comes from a clean source or is carried in a clean container. Haulers may, at their own expense, certify their tanks for safe water hauling. According to the HDOH Safe Drinking Water Branch,(39) state regulations require HDOH to ensure that truckers hauling water to a public water system meet procedures or standards specified by the department.

HDOH approval provides the following assurances:
(1) that the tank is used only to transport water or food products and not petroleum products or chemicals,
(2) that the tank has been tested for coliform and bacteria contamination,
(3) that a visual inspection has been conducted to provide confirmation that the water tank is sealed and that the water will not be contaminated during transportation. This approval is valid for one year.

Be sure you are not getting water from a container that normally carries non-potable water.

Don’t be afraid to ask questions of your water hauler. Avoid giving up quality for price, it's your health!

Often during droughts, there are not enough haulers to meet the demand.  Just about anyone who can carry water can find desperate people to sell water to. Plan ahead before a drought hits and find a hauler you trust.

Always keep an eye on the levels in your tank and plan ahead!

Water is too essential to wait.

Uncle Tilo's Clean Water LLC offers programs to secure a clean and sustainable water future for all. Established in 2017, the company is a recognized organization that educates the true value of water, accelerates free clean water education and programs to those on well, municipal and rainwater catchment, and celebrates innovation in water disinfection. Uncle Tilo's Clean Water brings together diverse interests to identify and advance common-ground, achievable solutions to our pressing water challenges.